As part of this section, we will see how to set up the Hive in the Cloudera distribution. We will also understand important concepts related to Hive.

Hive QL is an abstraction over Map Reduce like Pig and interface is more similar to SQL. Impala is also a Query Engine but instead of Map Reduce it uses different approach while processing data by running queries. We can accelerate the application development in Hadoop ecosystem using hive by writing queries which will generate Map Reduce code to process data.

We are setting up the cluster on 7+1 nodes. We start with 7 nodes and then we will add one more node later.

We need to follow the standard process while setting up any software.

Let us see how to setup Hive on an existing cluster using Cloudera Manager.

As Hive and Impala are configured on the cluster, now let us validate by running some Hive as well as Impala queries.

# Run this in Hive Console

#Run below statement in impala-shell

#Run below command in Hive CLI

#Run below queries as part of impala shell to validate

Components and Properties of Hive

Now let us look into important configuration files related to Hive and some important properties.

Now let us look into how we can troubleshoot Hive issues.

Hive Commands and Queries are very important for developers. However, it is important for Big Data Administrators to have some knowledge about these.

Components and Properties of Impala

Now let us understand more about the components of Impala. 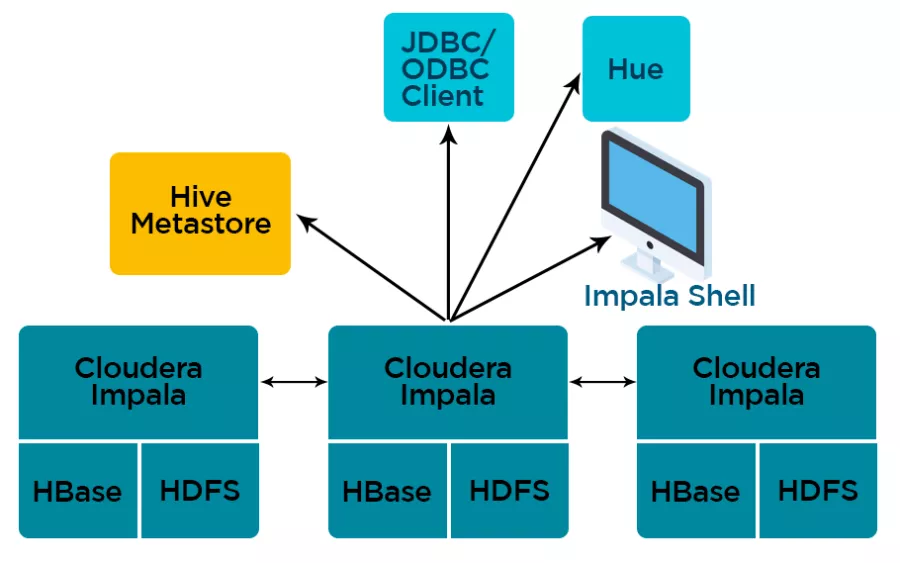 Impala is SQL Engine. But instead of using Map Reduce for processing it takes care of it in its own way.

s
spark is the author of this solution article.

Did you find it helpful? Yes No

Send feedback
Sorry we couldn't be helpful. Help us improve this article with your feedback.